The US Airways Center (now called the Talking Stick Resort Arena) is one of Phoenix Arizona's major sports and entertainment venues.

Located adjacent to Chase Field, the facility is home to the Phoenix Suns of the National Baseball Association.

The Phoenix Mercury team of the WNBA and the Arizona Rattlers of the AFL are also based here. 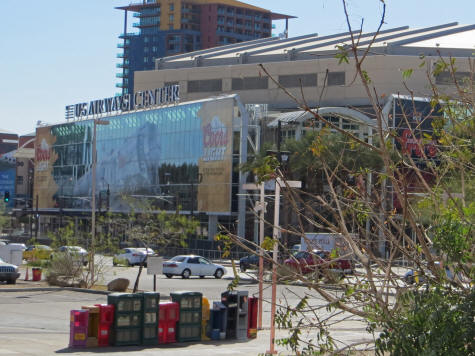 The stadium is conveniently located on the Phoenix Metro line near the Convention Center in downtown Phoenix.  Please visit the official website for current event information.