Phoenix Arizona is the capital city of the State of Arizona.  As such, the Arizona State Legislature is located in the city.  Visitors to Phoenix can tour the building and visit the museum on the premises.

Arizona is the fifth-largest state in the United States.  It has a bicameral legislature consisting of an upper and lower house (i.e. Senate and House of Representatives).

Two representatives and one senator represent each of Arizona's 30 electoral districts.  At present, the Republican Party controls both houses. 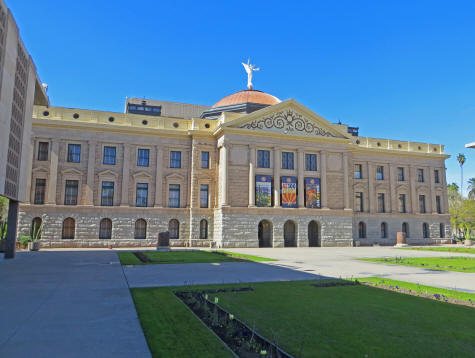 The Arizona State Legislature is located in the Civic Center district of Phoenix, which is quite a distance from the downtown business district.